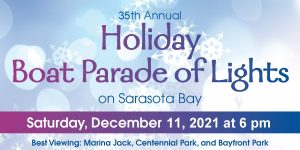 The 31st Annual Sarasota Holiday Boat Parade of Lights will be held on Saturday December 10, 2016, beginning at 6:00 p.m. The best areas for viewing are Marina Jack Restaurant, Bayfront Park, City Island and Centennial Park.
The Parade route has been expanded by an additional turn marker at the southwest side of Bayfront Park. All boats must now pass approximately one-third of the Sarasota Bay side of Bayfront Park within a few yards, to be considered for judging. The Bayfront Park spectator viewing area has been expanded to include the entire Northern tip of the island near the fountain. The VIP viewing area has been moved to the Marina Jack’s fuel dock to allow additional space for spectators. This will improve spectator viewing from Bayfront Park considerably. The SNN 6 local news staff will be covering the event throughout the evening at several areas throughout Marina Jack. 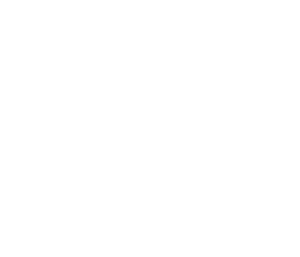